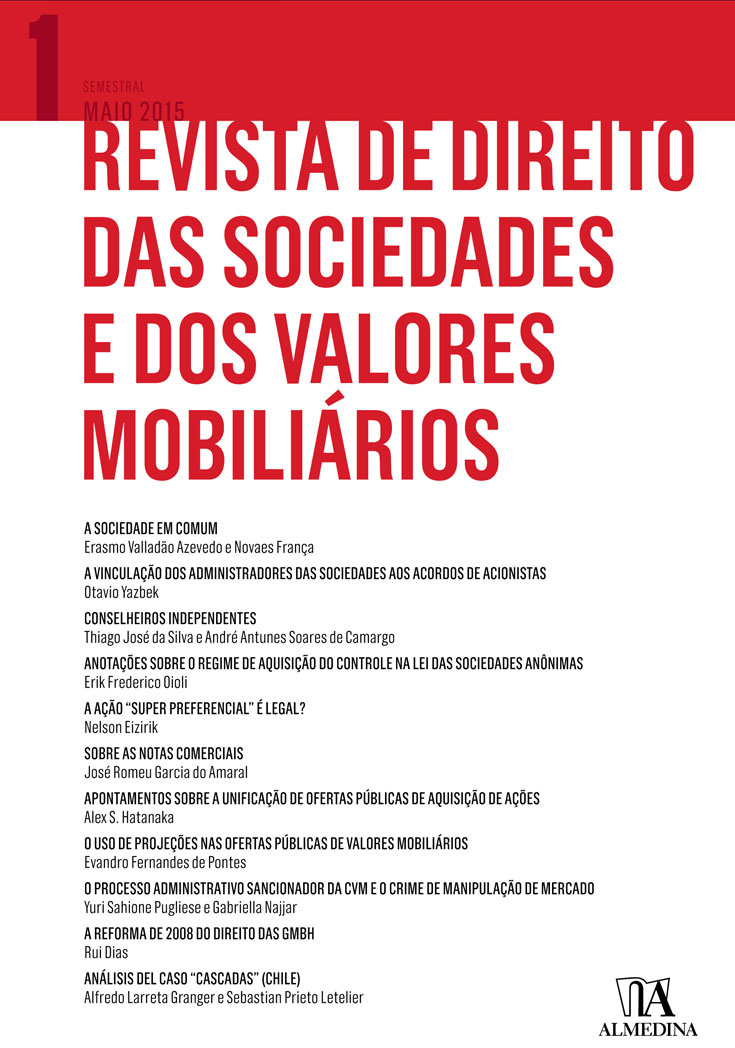 SITE OF LAW JOURNAL OF COMPANIES AND SECURITIES

PRESENTATION OF VOLUME 2 OF LAW JOURNAL OF COMPANIES AND SECURITIES

In 2015 , the Journal of Corporate and Securities , together with Editora Almedina , against the wave of so many discouraging news , recorded its debut in May, with a success crowned by its rapid depletion . Looking for your perusal and for high-level contributions exceeded all expectations , showing the positive side of market characteristics and Brazilian society , that even in times of crisis , presents its noble willingness to work and debate. In the year that the IDSA – Corporate Law Institute of Applied – Complete 10 years, this magazine in volume 2 , has the honor and , why not say, claim to dedicate this volume in honor of 10 years of work , achievements and results that have influenced a whole generation of young societaristas and passionate about the topic .

Journal of the Executive Board of Corporate and Securities

LAW INSTITUTE OF CORPORATIONS AND SECURITIES

and technical accuracy to be imposed by the magazine.

Thus, every six months and with the editorial assistance of Almedina, this magazine will try to bring what is most modern and relevant in current debates discussed in the Company Law and the Securities Law, always in the months of May and November , months of extreme importance to these two areas of law.

Over the editions, the magazine will also try to reflect the most important issues in the European Court CVM, either through the Board decisions, or through opinions of their technical areas, accompanied by comments from members of the Editorial Board of the magazine or experts .

In the long run, the magazine will hold three fixed sections, namely, Corporate Law, Securities Law and Foreign Law (involving these two areas), and comprising in special volumes some specific sections that meet specific demands identified with the adopted editorial one or more volumes.

The magazine also has a Technical Council, whose main function is to develop the peer review, one of the independence criteria used by magazines in the US and Europe. It is chaired by Erik Frederick Oioli and composed of Marina Coppola, Daniela M. L. Sanchez Andrei and Luis Felipe Spinelli.

The executive board of the magazine was done by Erik Oioli, José Romeu Amaral and Evandro Pontes.

With this, we hope that this inaugural volume open once a tradition in Brazil for these two areas so lacking in a regular space of debate and serving ideas.

For submission of articles, we ask those interested to send an e- mail to ” editorial@rdsvm.com.br ” containing the following: